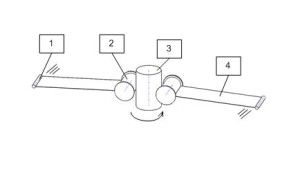 «BMSTU-Sail» — scientific and educational space experiment on board the International Space Station (ISS). The perspective technology of space exploration – solar sail – develops in this project. The solar sail is a propulsion device working on the effect of the electromagnetic Sun radiation pressure. It allows to make interorbital and even interplanetary flights without the working mass (fuel). The solar sail, developed in the project, is a frameless thin-film structure, its rigidity is provided by the rotation of the sail around the symmetry axis. The concept of two-bladed rotary solar sail has several advantages over other types of solar sails structures – simplicity, the possibility of multiple folding and deploying. The main goal of the “BMSTU-Sail” experiment is testing of the solar sail deploying technology. For this purpose, a cosmonaut using a special launch pod launch the CubeSat mass of 1 kg from the International Space Station. After the nanosatellite launch the solar sail deploys. During the deploying process the behavior of the sail is photographed and other scientific information is registered. At the end data, using the onboard communication system, are transmitted to the mission control center in Bauman Moscow State Technical University (BMSTU). For nanosatellite launch by the cosmonaut a special launch device, mounted on the ISS, was developed. The launch pad has an unique feature – providing very low (less than 0.5 º/s) angular velocity of the nanosatellite after separation. 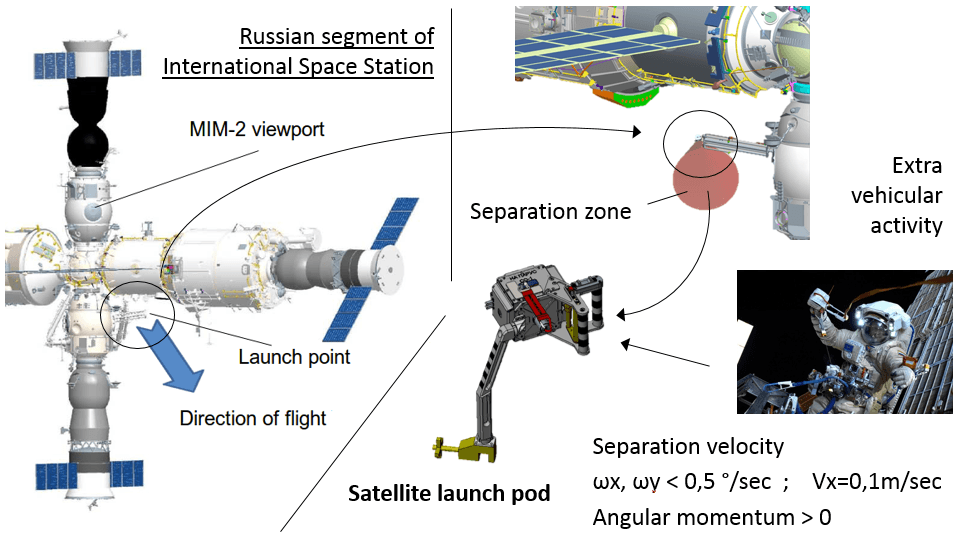 The scheme of the BMSTU-Sail launch from the ISS 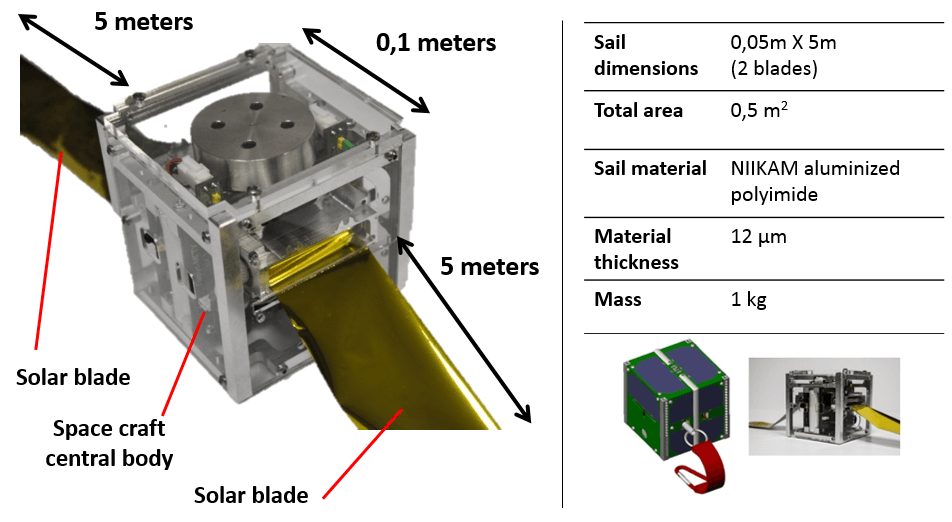 Mock-up of the nanosatellite and its main characteristics 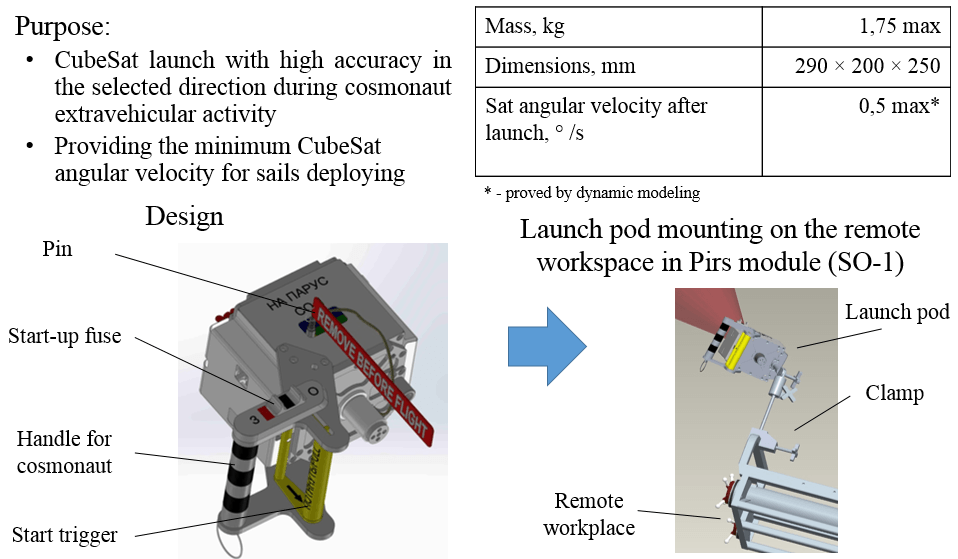 Current status of the project At present, design work has been completed. Now prototypes are being manufactured. This project is part of a long-term program of scientific and applied research in the Russian segment of the International Space Station. Experiment is financed by Roscosmos. Educational effect This project has a significant educational component – all design work, management and organization of work carried out by a team of students and graduate students of BMSTU. The accumulated knowledge, documentation, experience, equipment are used in the educational courses. Implementation and practical use of the results The project is under development, but the results obtained in the development process have already been used: The development technology of two-bladed rotary solar sail can be used for commercial purposes: for creation nanosatellite low-orbital constellation (analog: PlanetLab) higher than 500 km, where orientation change (for the non-spherical sat form) stops to significantly effect on the orbit parameters because of the drop of the atmosphere density. The usage of orbital constellation with an orbit higher than 500 km will significantly increase the ballistic life time of the nanosatellites (up to 5 years or more). Also, this technology can be used for commercial purposes for passive (non – control) deorbiting the waste nano- and microsatellites.